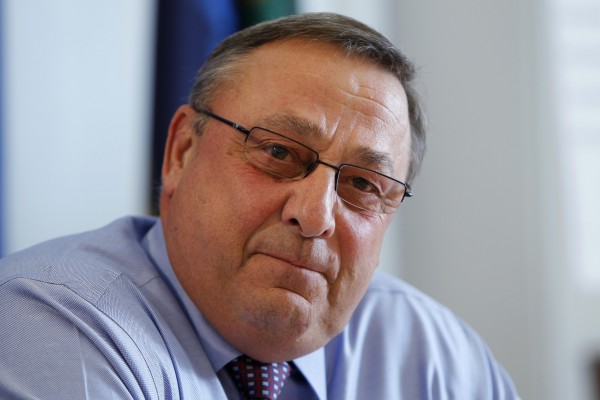 A follow-up message raises questions about whether Gov. LePage asked a judge about an extremist group’s absurd constitutional views.

As known by those following the story about Gov. LePage’s eight meetings with members of an extremist groups, the governor asked a county sheriff to meet with him and members of the group. Later the group tried to get the sheriff to help them deliver what they considered to be legal papers to Democratic leaders Justin Alfond and Mark Eves.

In my last post, I noted that before the teleconference that initiated the link between the group and the sheriff, the group sent a memo to the governor with language invoking two violent options, revolution and assassination.

After the teleconference, a follow-up message was sent.

The memo was sent on May 28, 2013 for the May 29 meeting, with the follow-up message emailed on June 6. This follow-up memo included a number of questions.

As seen in a this selection from the document (obtained by Mike Tipping by a Freedom of Access Act request), the governor was asked about connecting them to Sheriff Liberty or a judge.

Moreover, the follow-up asked about an upcoming meeting between the governor and a judge that the governor purportedly told them about.

#2. This discussion led to the fact that you were meeting with a Superior Court Judge over dinner and you said you would raise the issue of the Remonstrance. Could you share the discussion with us?

Did the governor in fact have a discussion with a judge about the remonstrance, a petition from citizens that the group falsely believed elected officials had to heed?

We know LePage had Sheriff Liberty come to the next meeting he held with group members. (After that, LePage held two other meetings with the group.)

But you’d think that this next meeting with the group, which the sheriff attended wouldn’t have happened if the governor had talked to a judge, who surely would have told him that the whole remonstrance business was nonsense.

Asking a judge should have clarified constitutional realities and perhaps neither the meeting involving the sheriff, nor the next two meetings with the group and the governor would have been held.

If a judge told him the group had a case, or if a judge told LePage they didn’t but LePage ignored the judge, that would raise new questions.

And here are some clarifications of my own, prompted by commenters on previous posts on these meetings.

Amy Fried loves Maine's sense of community and the wonderful mix of culture and outdoor recreation. She loves politics in three ways: as an analytical political scientist, a devoted political junkie and a citizen who believes politics matters for people's lives. Fried is Professor of Political Science at the University of Maine. Her views do not reflect those of her employer or any group to which she belongs.

Muffled Echoes: Oliver North and the Politics of Public Opinion