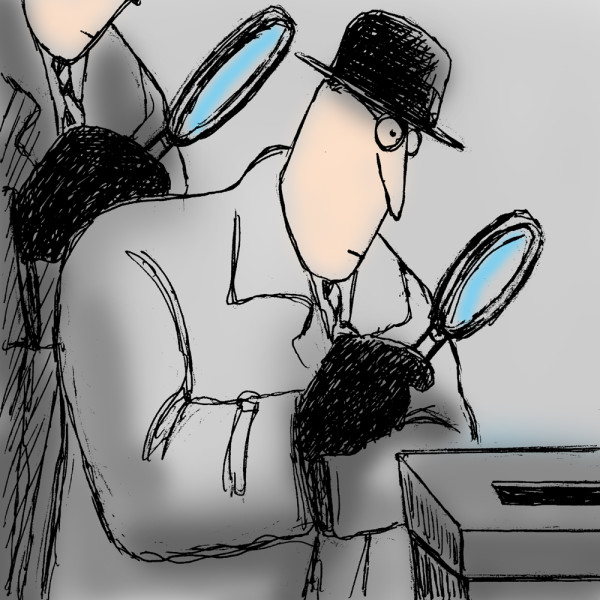 Poof, the mystery ballots have dematerialized.

Today it was discovered that the 21 mystery ballots for Senate District 25 — where it appeared there were more ballots than voters on the voter roster — did not really exist.

What happened was a mistake, not malfeasance.

One batch of 21 ballots was double counted.

It’s great to have this resolution. The committee figured out what happened. There was an error rather than the other possible option, election fraud.

But all this could have been cleared up far earlier if there hadn’t been partisanship at the recount.

There wouldn’t have been any of this drama if the GOP had agreed to check the ballots again, as requested during the recount.

As the Bangor Daily News reported:

Kate Knox, an attorney representing the Democrats, refused to accept the new results on the night of the recount, citing concerns with Long Island’s ballots as well as nine disputed ballots and 10 missing ballots from Gray and Westbrook.

However, [Republican attorney Bill] Logan would not agree to keep the recount open, and Flynn made the decision to declare the recount finished.

Thinking about this situation, you can imagine how some set of ballots might be put down and then picked up again and counted twice.

(Although it would seem this would be harder to mess up if others were watching. Future recounts should ensure this problem is prevented.)

No matter how understandable the double count is in retrospect, when the numbers didn’t match the initial count nor the number on the voter roster, the simplest thing would have to been to do the count again.

After all, we are not talking about thousands of ballots. By all counts, there were fewer than 200.

If that had happened, everything would have been done right there and then. This wouldn’t have been a news story or a mystery.

Beyond the partisanship at the recount, the Senate majority should have just waited to do the investigation before seating someone whose recount required an investigation.

But they didn’t want to wait. According to a November 28 Press-Herald story, the incoming Senate President, Republican Sen. Mike Thibodeau, suggested that the recount outcome seemed clear.

“It’s unfortunate that folks were disappointed with the outcome of the recount and are unwilling to accept the result,” Thibodeau said.

The on-line publication of the Maine Heritage Policy Center held:

Despite calls for a full investigation by the Senate, it seems unlikely that such an investigation would uncover much. The 21 “new” ballots that were found in the locked box have since been mixed in with the “original” ballots, making it impossible to analyze them.  Although the discrepancy in votes cast is strange, there is no evidence of wrong-doing with which to launch an investigation.

If the Senate had waited, the Republican, Cathy Manchester wouldn’t have had to resign and the Democrat, Cathy Breen, wouldn’t have gone through all this. The process was unfair to both of them.

Republicans and Democrats should both take this to heart and not try to resolve contested elections before all the facts are in.

The bipartisan Senate committee deserves all our respect. Now that their main task is complete, perhaps they can recommend procedures to avoid similar problems in the future.

To a mystery solved!

A less serious addendum: Upon hearing the result of the investigation, Sen. Thibodeau said, “You can’t read my word balloon, man.” If there was an award for amusing things said by politicians, this should be a nominee.

Amy Fried loves Maine's sense of community and the wonderful mix of culture and outdoor recreation. She loves politics in three ways: as an analytical political scientist, a devoted political junkie and a citizen who believes politics matters for people's lives. Fried is Professor of Political Science at the University of Maine. Her views do not reflect those of her employer or any group to which she belongs.

Muffled Echoes: Oliver North and the Politics of Public Opinion